Bread pudding in my opinion is best made with a bread that has a hard crust. I prefer French Bread sliced into cubes for my bread pudding. I like using Panera’s French Bread. It comes in a long loaf and has a smaller thickness. It also gives me a reason to drive into town since there isn’t a Panera locally.

Bread pudding is very easy to make. Once you have everything prepared, allow the bread to sit to soak in the liquid. This can be a couple hours or you can fix the bread pudding the night before. Leave the baking pan in the refrigerator overnight and cook the next day.

You can also substitute a prepared can of apple pie filling instead of making your own.

My kids enjoyed this warm with a side of vanilla ice cream. Just like warm apple pie! 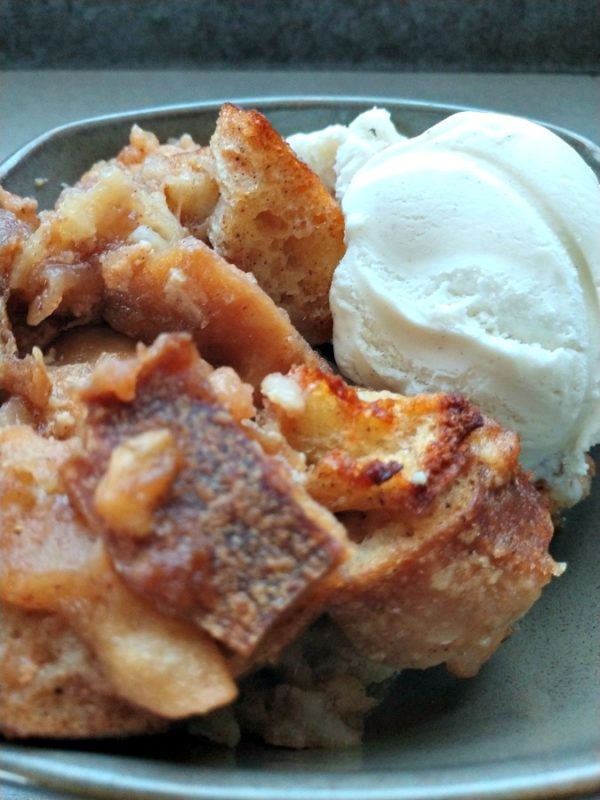