Tis the season for family gatherings and office parties. I am always looking for a tasty little appetizer like this Crock-Pot Bacon Brown Sugar Lil’ Smokies that I can make in the slow cooker.. And every year, my kids have a few friends sleep over for New Year’s Eve and this is when I try out new treats!

This year I went with bacon wrapped appetizers. The kids love the Lil’ Smokies you make in the slow cooker with the grape jelly and BBQ sauce so I figured this would be a big hit!

The first thing to making this recipe is bacon. You are going to wrap the bacon raw around the sausage. The idea is to cook the bacon as you cook the appetizer and allow the bacon drippings to add flavor to the rest of the ingredients. 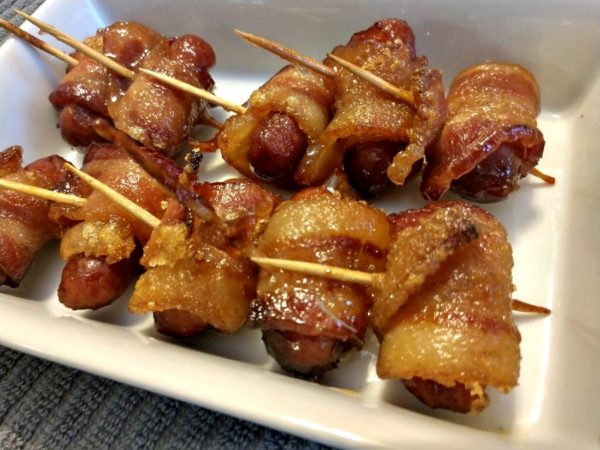