I love trying new things in my slow cookers. It always amazes me what I can make in them that I would never think was possible. And, I know people ask why they would ever need to make things like bread in a slow cooker. I have heard from people that spend the majority of their time on the road and the only thing they have to cook with is a crock-pot. And, there are some that do not have a working oven. A crock-pot is the next best thing!

Each slice of this bread is filled with cheesy goodness and bacon. Warm and serve with a tab of butter and this was out of this world!

I took this bread to share it with my co-workers. Everyone love the texture and taste of this bread. It was gone before lunch time!

Linked up with The Answer is Chocolate

Print Recipe
Crock-Pot Bacon Cheddar Bread
Bacon and cheddar mixed into a homemade bread all cooked in the slow cooker. Easy to make and the bread makes a nice addition to any breakfast. 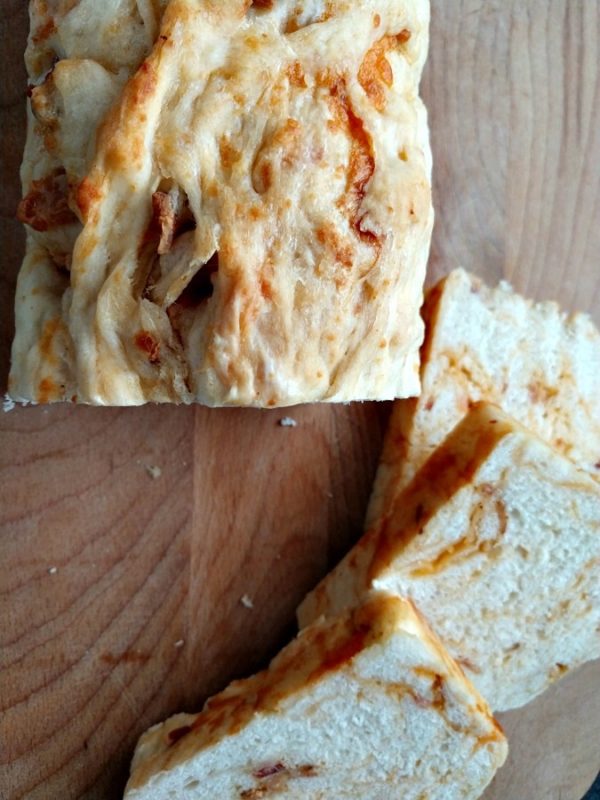