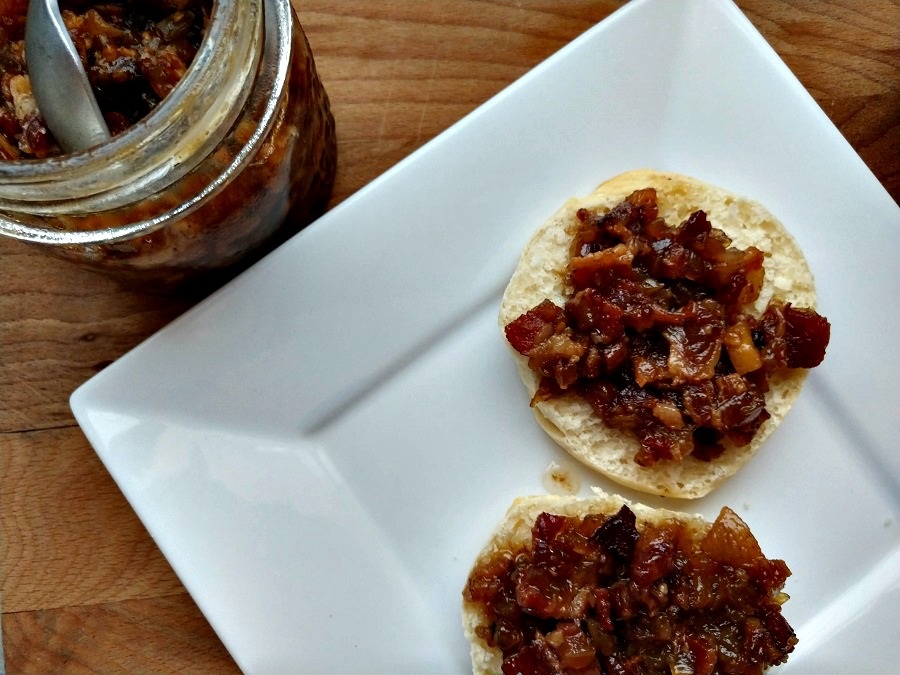 This jam is very easy to make and one that is pretty versatile as far as foods to use it with. I have spread the warm jam on biscuits for breakfast and also put it on top of my steak dinner. Use it on hamburgers, chicken, baked potatoes and really just about anything you think it would taste good!

I try and chop the bacon into smaller pieces to make a chunky jam with bigger pieces of bacon! Otherwise, I use an immersion blender and blend the jam into a smooth spreadable jam that is good on just about anything.

This Crock-Pot Bacon Jam is good on biscuits, spread on steaks and chicken and even something to put on a salad to add a little flavor. The jam itself is sweet and salty with a taste of sweet onions. I have been known to eat it from the jar!

I use  Vidalia Onions for the onion in this recipe. The taste of the Vidalia onions are nice because they are sweeter. They mix in nicely with the maple syrup and the brown sugar.

This recipe yields about a full pint of jam. Store the jam in the refrigerator for up to 7 days in an air tight container. You can also freeze half of it to use later.

Print Recipe
Crock-Pot Bacon Jam
Bacon, onions and brown sugar combine in the slow cooker for a thick and tasty jam that is delicious on biscuits, steak and hamburgers! 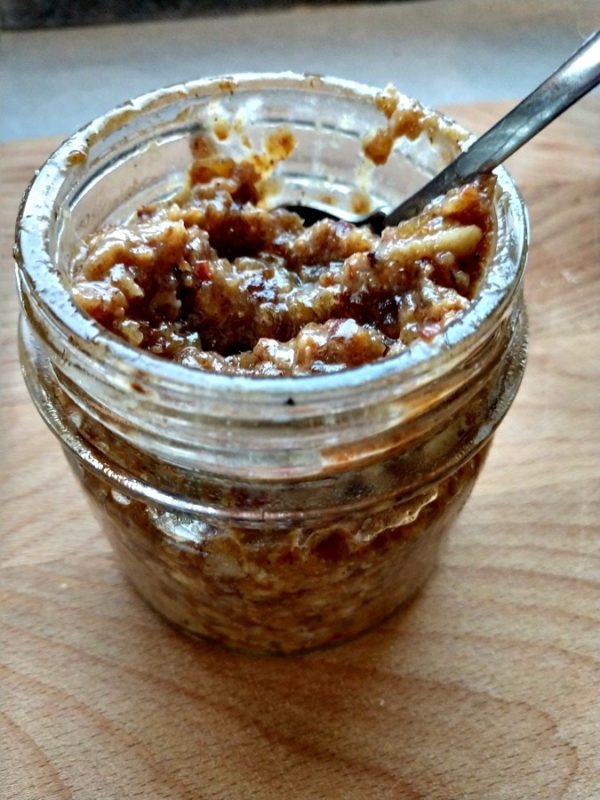