Apples seem to be the one fruit that is the easiest to make a variety of desserts from. Most of these recipes, you can normally substitute a can of apple pie filling. This is not one of those types of desserts. This dessert requires fresh chopped apples. You could do slices, but I found the diced apples allowed a piece of apple in each and every bite.

The sides were crispy and the inside of the cake was moist and tasty. Each piece had the cinnamon and brown sugar topping and was full of apple pieces.

My first attempt found that the recipe I had was too small for my slow cooker. The end result was a little tiny cake. I wanted something thicker and fuller. I doubled the recipe and tried again. This time, I had a thick cake that was still full of flavor and apples. 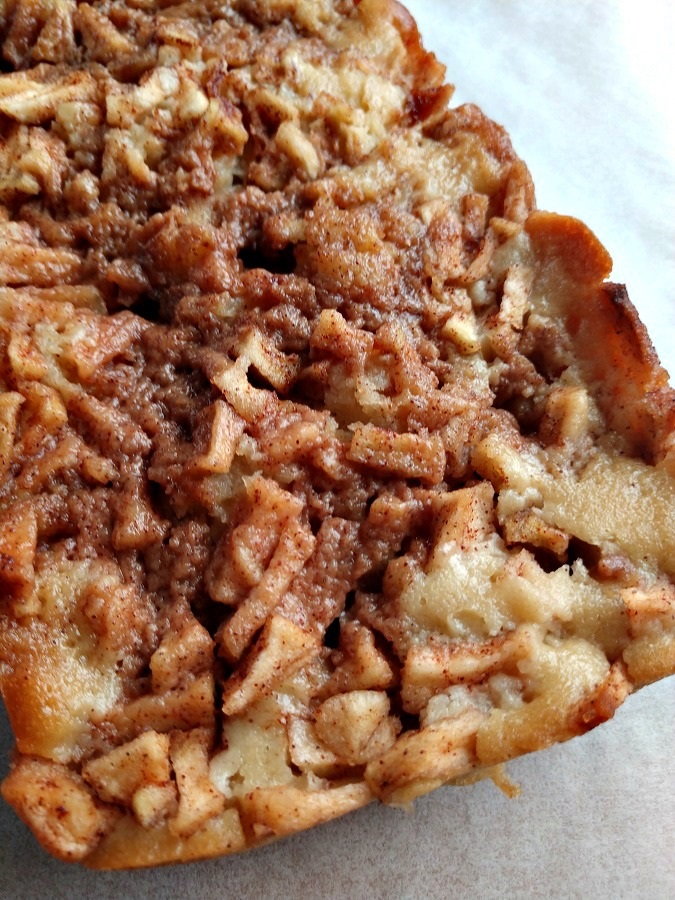 Linked up at Pinch of Joy