For this recipe, I used my 5 qt slow cooker. A 6 qt slow cooker would also work just fine and ensure the chops are in the liquid portion of the gravy.

You can substitute fresh sliced button mushrooms for the can of mushrooms if you choose. I have also been known to add in cooked caramelized onions to take this recipe up a notch or two in flavor. Slice a yellow onion and add a little oil (or a tab or two of butter) to a skillet. Add the onions and heat until the onions turn a rich brown color. Add these to the slow cooker after you add in the pork chops.

Serve the Crock-Pot Pork Chops with Mushroom and Onion Gravy over white rice, egg noodles or even fresh mashed potatoes and a side of veggies for dinner. I love white rice mixed in with the gravy. 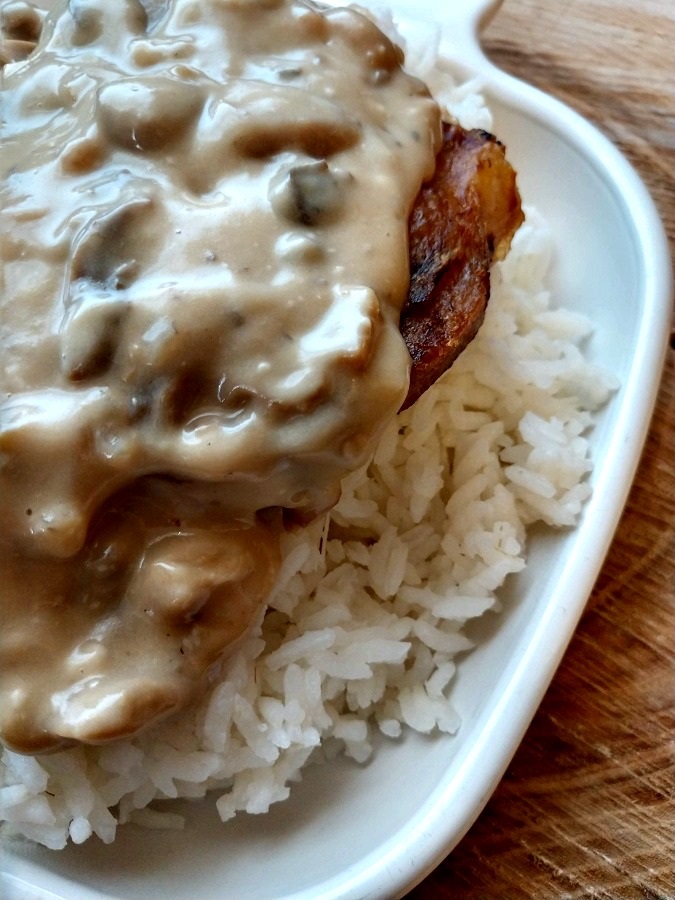